Losing my Identity, Finding my Self 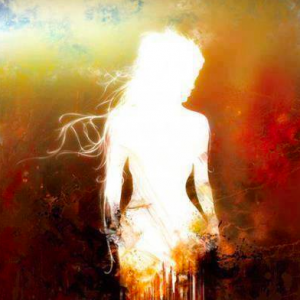 I was invited to a digital identity event hosted at the Post Office HQ in London to talk about writing this week – so I shared the story about when I lost my identity and didn’t even recognise my own name. I lost the ability to write but what I gained was a deep and grounded sense of self. 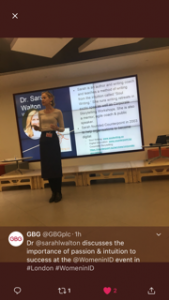 I remember the nurse standing over me in the hospital – “Sarah, Sarah, you’ve had an accident.” Sarah didn’t mean anything to me for a while. I didn’t have a sense of who I was and the life I’d created – my apartment by the sea in Brighton, my writing, photos of my family and friends – seemed like it belonged to someone else. I spent weeks trawling through old photographs trying to piece together the chronology of my life. It eventually fell back into place as memory returned. As you can imagine this was traumatising and I experienced a lot of grief for the loss of the ‘old me.’

However, the experience of losing my identity, of not relating to Sarah, to the identity I had forged over a lifetime was also a relief. I felt a sense of freedom I had never felt before – and far from feeling I had no sense of self, an extraordinary sense of being closer than I ever had to my essence as a human being arose within me. I felt a deep, grounded sense of identity that knew its value beyond the mundane world.

Although I had lost my sense of identity in terms of how I related to the external world, I felt a strong sense of self. This feeling is not easy to describe. It felt like being close to the centre of myself. I have come to believe that this “inner” sense of self that is not about the name we are given, the character traits that we build over a lifetime, the actions we take that create the life we walk around in is always present and separate. This “inner”  self cannot be destroyed by memory loss. Another word for it might be soul. Although I could not function as I had done previously and felt weak and dysfunctional in terms of living my old life, I had a stronger sense of self than ever before. I was determined to not lose this sense of connectedness and inner strength.

I learnt that my authentic identity is not the sum of my memories, or what I do, or how others perceive me. Instead I felt myself as a deep, grounded being beyond the external identity I had previously presented to the world. My friends and family thought I had changed – I was no longer able to go out as I got disorientated and overwhelmed by the noise and movement, no more parties (loud music made me collapse in a heap on the floor) – even phone calls were too exhausting and confusing for me and making a cup of tea was a challenge. To the outside world I was a different person. But on the inside nothing had changed. It took a loss of identity to really feel myself. I call this part of me “soul” or “inner self.” And I felt that self as not contained and separate, but connected via love to the universe.

Fast forward 12 years and I’m happy to be able to turn the trauma of brain injury into a story that inspires other people – and encourage people to dare to write. There was a woman in the audience at the Post Office HQ in London who also had a brain injury. It made me realise we can turn anything into a gift when she came up to me at the end and thanked me for inspiring her to write again. Many other people said the same – it’s an honour to inspire others. I’d prefer not to have lost years of my life, but “Soul Writing” (the method of writing from the intuition I developed) would not have been born without it and I wouldn’t have found the courage to share my story without the help of many inspiring people.

Thank you to everyone who inspired me 🙂 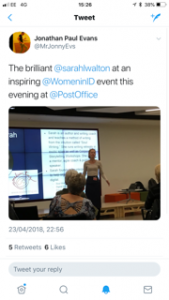