Storytelling at the Petrie Museum for Egyptian Archaeology 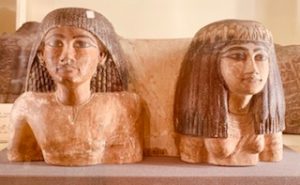 This week I ran a Creative Writing Workshop at the Petrie Museum inspired by the migration of people and journeys with the wonderful Helen Pike, who not only has a wide knowledge about Petrie, his life and the extensive collection but also brought along reproductions of objects that produce the sounds of Ancient Roman Egypt for inspiration.

We were fourteen and Helen kicked off with an overview of Petrie’s life, his excessive collecting of the everyday objects of Ancient Egypt which he brought back to the UK. Clearly these days, you can’t waltz through of Nothing to Declare with a Pharaoh’s razor or an Ancient Egyptian woman’s kohl make up pot, but those were different times. 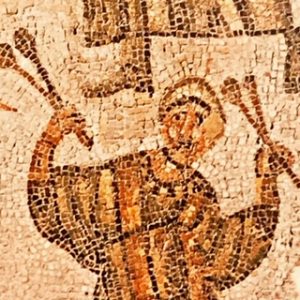 We started off talking about why we were there and our intentions. Some people had been drawn by their love of the Petrie collection, some by the theme of migrating people and objects who had worked with refugees and migrants and had been touched by the stories of their brave journeys across continents and some because they wanted to do creative writing, rather than academic writing for a change. 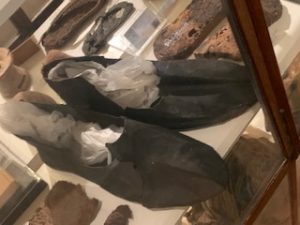 I reminded everyone that it is the author’s decision at what point they depart from history. And that for the exercises I was going to ask them to do, they could use the objects and the history surrounding them as loosely as they liked – if they wanted to aim at authenticity, or the appearance of it, Helen was on call to answer questions about the history behind the objects in the Petrie Collection. But if they wanted to catapult the goddess Isis into 21st century London, that was great too. In my novel of Ancient Roman Egypt, Rufius, I took Ancient Egyptian dildos for inspiration!

My PhD thesis looked at historical fiction. I coined the term, ‘pivot of authenticity’ to describe the approach an author had taken to align with the historical sources, and to compare one approach with another. It was initially a composition tool, although it can be applied to analyse an author’s approach to their use of history. I talked to historical novelists about how they used history creatively for storytelling and their view of using anachronism. Everyone does it differently and there’s no wrong way to do it, so I assured everyone they could feel completely free to let their imaginations go wild. And wild they went! 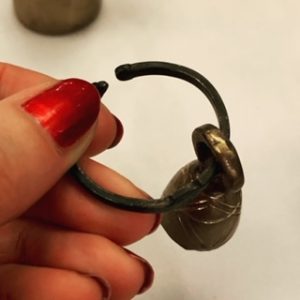 People’s imaginations always impress and astound me once you give the mind the freedom to create. We had some amazing stories about journeys by ancient Egyptian kings on pilgrimage with travel sickness, adventures with dragons, ancient Egyptians with senile dementia holding onto memory by their collection of objects (from the Petrie collection), a young Egyptian woman eloping with her Syrian lover who was a glass maker (the glass making craft came to Egypt from the Near East) in 1400 BCE. Amazing stories inspired by ancient objects in the Petrie collection.

The group demonstrated that there’s no rules about a writer’s departure from history. It’s entirely up to the writer. Anachronism can be as interesting as authenticity – or the appearance of it. As Helen pointed out, even the experts are not certain about the use of some of the artefacts. Speculation makes for fertile creative writing territory and we all had loads of fun with the Petrie Collection.

Read more about how I used history in my novel Rufius, the Open University published this article: Writing Rufius.

The Petrie Museum is located in University College London and is London’s best kept secret.